This week, Sony revealed the PlayStation Classic - a special, shrunken-down replica of the classic 1990s console, that comes pre-loaded with 20 titles, ready to play.

45% smaller than the original unit, the Playstation Classic will go on sale on 3 December - and will probably sell out instantly, meaning you'll be very lucky to get your hands on one at launch. 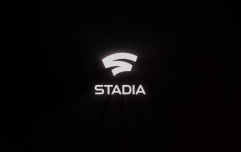 END_OF_DOCUMENT_TOKEN_TO_BE_REPLACED

Everyone will have favourites that they'll want to see, and rights issues will stop some titles from appearing (so don't expect many licensed games or FIFAs).

The games chosen should not just be great games to play now - they should also be representative of what made the 32-bit era so important.

Games that defined a generation, contributed to the art form, and showed what made Sony's grey box stand out from the competition.

So with that in mind, here are the 15 games that we think should make the cut.

END_OF_DOCUMENT_TOKEN_TO_BE_REPLACED

Yes, you may have already bought the remastered N. Sane Trilogy collection on PS4, but any recreation of the original PlayStation experience will require a Crash game.

Crash 1 was hampered by a weird save system, and Crash 3 introduced a few too many needless motorbike and fighter plane levels, so I’d go with the second instalment. Shut up, I’m right.

The recently-released Shadow of the Tomb Raider might just felt like any other AAA title, but back in the late 1990s, Lara Croft was a world-conquering phenomenon.

Like, she was in car adverts and had think pieces written about her in broadsheet, and even had a road named after her.

Any PS1 revival needs one of her early adventures, complete with the butler you can lock in the fridge.

“I GOTTA BELIEVE!”. Back when games were all about shooting zombies and raiding tombs, Sony flipped the script by releasing this offbeat gem about a rapping dog trying to have sex with a sunflower.

Was it better than Mario Kart? No.

Crash Bandicoot might have been billed as the Playstation’s Mario 64 killer, but it was Spyro that actually offered proper free-roaming 3D platforming on the Sony system.

Plus, it was better than Croc. Fuck Croc.

Turn up some Papa Roach, throw on a Nirvana hoodie, and tell your parents you hate them.

Castlevania: Symphony of the Night

Back when it first launched, the PlayStation’s 32-bit power waggled its new-fangled 3D polygonal gameplay in front of the public, like an easily-amused baby being seduced by set of jangling keys.

So this 2D platformer was initially seen as old hat. History, however, has recorded this as one of the finest 2D games ever made, and you need to get on it.

Is it too much to call this the Citizen Kane of video games?

The series that defined survival horror has gone through a lot of ups and downs over the years – but arguably nothing in the franchise has been as scary as the voice acting in the first game.

Back when you were just a kid and couldn’t go to clubs and stuff, along came this futuristic racer to give you a taste of what it was like, with its psychedelic visuals and pounding big beat bangers.

Okay, compared to what we have now, the first GTA looks like someone dicking about with Matchbox cars.

But on its first release it was more controversial than XXXTentacion and Logan Paul put together, and it is still a lot of fun to play today.

I remember when I first saw a video of Gran Turismo on TV – the graphics were so impressive, I remember thinking “OH MY GOD THAT LOOKS EXACTLY LIKE REAL LIFE HOW IS THAT POSSIBLE”.

That might have been a tad over-reactionary, but it is still an important title in the history of the PlayStation.

EA Sports might have paid the money for the real player names, but it was the little Konami game that could which captured the hearts of real football fans.

Back when it looked like 2D games were a dying art, out came this unique puzzle-platformer, where you used an original language system to free slaves creatures from a dystopian meat packing plant.

Plus, you could make Abe fart on demand.

Now kids can make a banger on their phone and upload it to Soundcloud all from the back of the bus.

But back in the late 1990s, Jester Interactive’s Music Creation for the PlayStation Generation, and its sequel MUSIC 2000, gave us pretty powerful music creation tools on a home console.

So that's my picks - some masterpieces, some important pieces of history, and some secret gems in need of a little more love.

There are plenty of others that could have gone on the list - Ape Escape, Colin McRae Rally, Jonah Lomu Rugby, Silent Hill... - but I'm sure you will bring them up angrily in the Facebook comments.

popular
Aer Lingus warns customers flying on Friday afternoon to check in at the airport
Lidl to launch its second 'reverse vending machine' in Ireland next week
Lidl announce a massive warehouse sale for one weekend only
The JOE Friday Pub Quiz: Week 296
Dublin's sixth 24-hour bus route launches today
QUIZ: Can you get top marks in this progressively harder capital cities quiz?
Members of Irish Guards unit arrested for dealing cocaine days before Platinum Jubilee parade
You may also like
1 week ago
PlayStation unveils all-new PS Plus game line-up
2 weeks ago
JOE Gaming Weekly - Streets Of Rage fans might love this week's big new release
2 weeks ago
WATCH: New gameplay footage from Gotham Knights looks absolutely incredible
4 weeks ago
The free subscription games coming to PlayStation and Xbox in May
1 month ago
JOE Gaming Weekly - Someone has finished Elden Ring in under SEVEN minutes!
1 month ago
The free subscription games coming to PlayStation and Xbox in April
Next Page