It's day one of Level 5 restrictions in Ireland and it's a worry time for a wide variety of people, from those in at risk groups, to business owners and staff, to grandparents wondering when they'll get to hold their grandchildren again.

A haiku by Yosa Buson springs to mind:

Well now,
if I am to be alone
I'll take the moon as a friend.

END_OF_DOCUMENT_TOKEN_TO_BE_REPLACED

None of us would have chosen this; the restrictions, the enforced isolation, the loneliness for some. However, perhaps there's some solace to be found in the new connections we may forge in the weeks and months ahead.

We look forward with hope.

Now, here are the best movies on TV this evening.

Based on the best selling book about how a girl copes during the horrors of adolescence and World War II.

Yes, the book is better.

END_OF_DOCUMENT_TOKEN_TO_BE_REPLACED

"THEY MAY TAKE OUR LIVES, BUT THEY'LL NEVER TAKE... OUR FREEDOM!"

Three female African-American mathematicians play a pivotal role in astronaut John Glenn's launch into orbit all the while battling discrimination and racism. 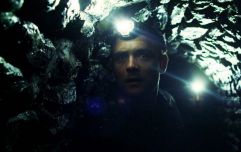 END_OF_DOCUMENT_TOKEN_TO_BE_REPLACED

A movie loosely based on the Hasbro game.

These days alien invasion movies are rather stereotypical and I wish I could say this 2012 effort was different, but it's really not.

Jackie (Nadine Marshall) is a middle-aged mum with a history of miscarriages whose life is thrown into turmoil when she becomes pregnant once again.

She's then faced with the prospect of more heartache and the fact she has not been intimate with her husband (Idris Elba) in several years.

Stellar performances from both, but especially Marshall.

popular
The Queen appealing for volunteers to weed the garden of her Sandringham Estate
QUIZ: Can you name all these European countries from a list of cities?
The 50 most iconic songs of all time* have been revealed
The JOE Movie Quiz: Week 107
QUIZ: Can you get full marks in this potentially very frustrating general knowledge quiz?
Gardaí have said people can't drink alcohol in newly set up outdoor seating in front of bars
PICS: The man with the biggest penis in the world has one unbelievable problem with it
You may also like
1 day ago
Matt Damon planning return trip to Ireland to travel around the country
2 days ago
New Netflix true crime documentary examines three of the biggest heists in US history
2 days ago
One of the most iconic thrillers of all time is among the movies on TV tonight
2 days ago
Five great new movies added to your streaming services this weekend
2 days ago
"Alcohol helps!" - The cast of In The Heights give us some dancing tips
3 days ago
Paul Rudd and Will Ferrell reunite for new dark comedy series The Shrink Next Door
Next Page