Here are the best movies on TV on Thursday

There are some good flicks worth checking out tonight.

While there aren't a lot of films on offer this Thursday night, we've compiled a list of the ones that are maybe worthy of a watch. 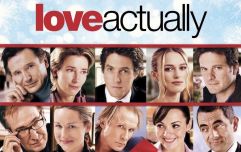 A festive favourite is among the movies on TV tonight

END_OF_DOCUMENT_TOKEN_TO_BE_REPLACED

Clint Eastwood's final proper western and one of the best ever in the genre.

In the Heat of the Night - True Movies - 9pm

Widely considered a classic, this 1967 crime drama centres on a black police detective (Sidney Poitier) who is asked to investigate a murder in a racially hostile southern town.

Start watching for the promise of Will Ferrell and John C. Reilly at their most hilarious, stay watching for Kathryn Hahn of WandaVision fame's scene-stealing supporting turn.

The sequel to the Jim Carrey and Jeff Daniels starring cult classic.