20 reasons Joseph Gordon-Levitt is a supercool human being

He talks the talk and walks the walk.

Hollywood can be a merciless place that chews up child actors and turns them into privileged, egotistical and self-indulgent brats.

Then again, there are some actors that are so incredibly likeable and genuine that nobody would have a single bad word to say against them.

END_OF_DOCUMENT_TOKEN_TO_BE_REPLACED

Joseph Gordon-Levitt definitely falls into that category because the incredibly talented actor/writer/director/producer/dancer/singer/overall sound bloke has been entertaining audiences since the tender age of 6.

What's incredible is that he's still only 34.

To celebrate the release of the actor's latest vertigo-inducing film, The Walk, we've compiled this list of fun facts about the man.

In no particular order..

1) His motivation to be an actor

END_OF_DOCUMENT_TOKEN_TO_BE_REPLACED

When speaking with Jimmy Fallon in 2010, Gordon-Levitt revealed that, when he was a child, his parents (kind of) bribed him into doing commercials with the promise that he would be able to buy anything he wanted with his earnings.

His purchase of choice? His very own Street Fighter 2 arcade machine.

To be fair, we probably would have done an absolutely anything if we had been promised a Street Fighter 2 machine.

And we mean anything. 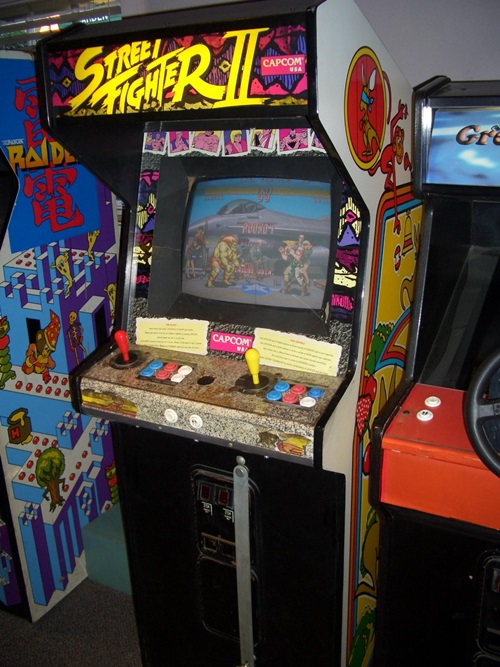 Here's one of the actor's very early commercials where, after years of patient training, he was impressively able to master the ancient skill of amazingly spinning a hat on his head without the use of his hands.

What a skilled child.

2) He defied gravity in Inception

"You mustn't be afraid to dream a little bigger, darling".

3) This appearance on Jeopardy

In 1997, the actor appeared as Joey Gordon-Levitt alongside Kirsten Dunst and some other young buck called Benjamin Salisbury on Celebrity Jeopardy, where he became really, really, REALLY excited when he found out that 'Catcher In The Rye' was the correct answer to Alex Trebek's question.

The actor resented his teenage heartthrob image and just like his fellow 'what's cooler than being cool?' actor Jake Gyllenhaal, Gordon-Levitt also studied in Columbia University before pursuing acting.

History, literature, and French poetry were his areas of expertise.

He's frequently admitted to be being an avid Francophile, something that came in particularly handy when playing Frenchman Philippe Petit in The Walk.

A stable of the RTÉ schedule, 3rd Rock from the Sun was an institution on TV screens during its six seasons on air.

6) He's careful about the roles he chooses

We've nothing but respect for those actors that choose their roles based solely on the script, director and passion for the project.

After taking a career break for college, he openly admitted that he returned "to be in good movies". His eclectic mix of roles is testament to the fact that he followed through with this promise.

10 Things I Hate About You, Mysterious Skin, 50/50, The Dark Knight Rises, Looper, Sin City: A Dame to Kill For and (500) Days of Summer are just a few examples of what a smashing actor he is, but his finest turn was this next film...

A cracking neo-noir murder mystery that borrowed heavily from the best elements of Raymond Chandler and Elmore Leonard, Brick placed the actor firmly on the Hollywood radar.

Like his character in the film, Gordon-Levitt always struck us as someone that's extremely happy to remain just outside the inner-circle of the so called 'popular people'.

If you're looking for an original, innovative and cerebral thriller that's in the Donnie Darko mould, then Rian Johnson's debut is definitely for you.

Are you friends with Tony Danza?

No. No you are not. Joseph Gordon-Levitt wins this round.

In the immortal words of Elton John, "hold me closer Tony Danza." 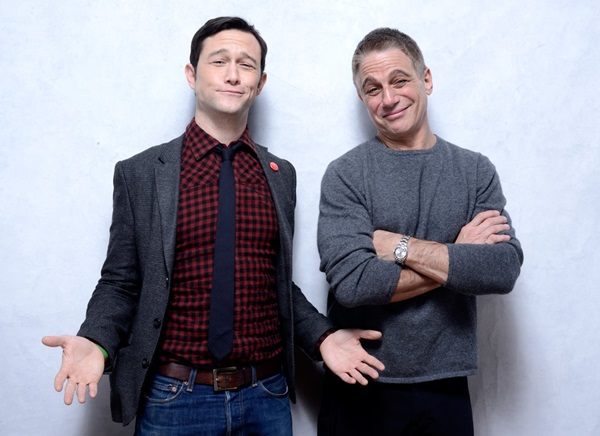 9) He's the worst wingman ever

The actor once promised to definitely pass on JOE’s number to his Don Jon co-star Scarlett Johansson.

We’re still waiting on her call.

Following the death of his fire-juggling brother Mike in 2010, Joseph inherited his sibling's collection of unpaired socks and heartwarmingly decided that he would continue his bro's trend of wearing mismatched socks on his feet.

12) He's got some brilliant birthday buddies

The actor also happens to share his birthday with a bevy of beautiful women including Denise Richards... 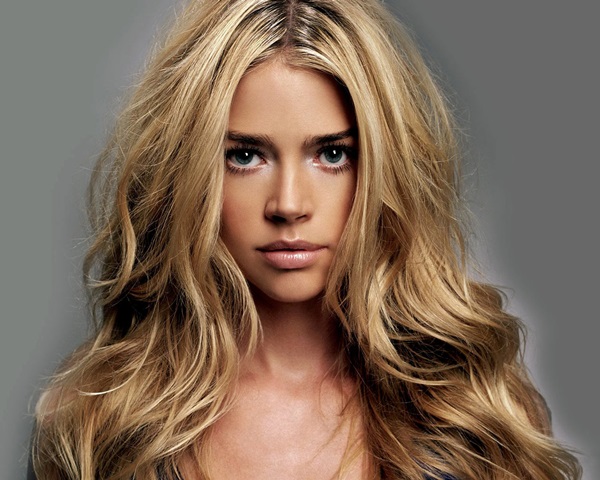 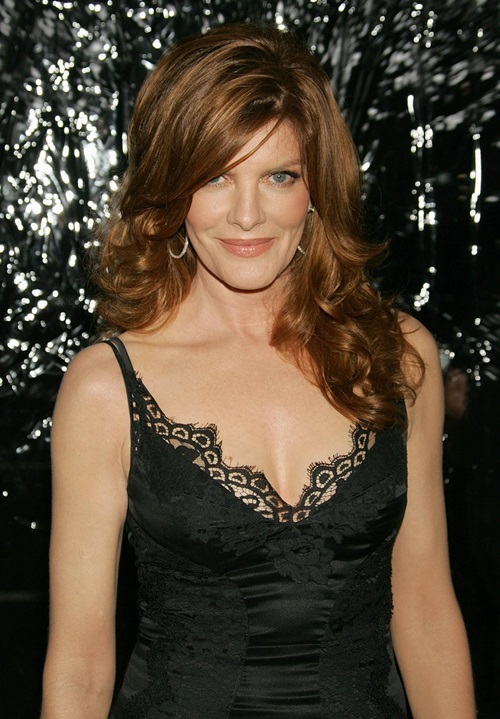 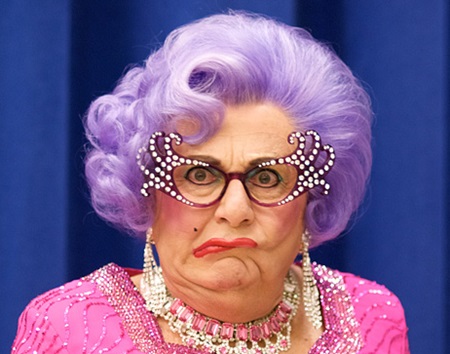 Gordon-Levitt has been nominated for 32 awards and won 11. The guy is seriously talented.

Did he win the local 'Throw The Ball Far' competition back in 1997 though? No, he did not.

14) He knows how to rock a pair of pig-tails

Possibly following in the high-heeled footsteps of Dame Edna above? 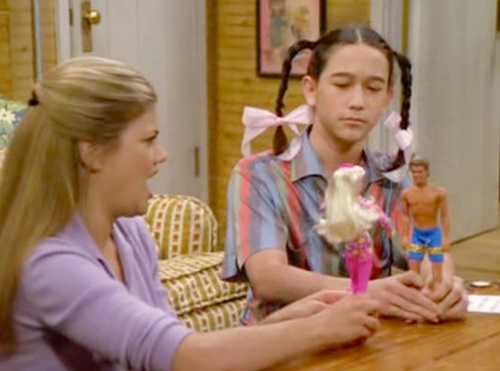 Founded and presided over by Gordon-Levitt, HitRecord is an online collaborative production company that allows creative artists with different backgrounds to work together online.

You can find out more about the impressive HitRecord by clicking here and check out their show's first episode below:

16) The man is a very accomplished musician

From duetting with his (500) Days Of Summer co-star Zooey Deschanel to crooning with Lady Gaga, Gordon-Levitt is one serious musician.

And he does a mean cover of JOE's Karaoke song of choice,   'Ignition Remix' by R Kelly.

Rihanna should definitely work with him also...

17) And he's an even more accomplished lip-sync battler

This is how good an actor Gordon-Levitt actually is – he can even act-sing.

Or lip-sync, as normal people call it.

In Looper he played Bruce Willis, a younger version anyway, but he managed to top this feat in The Dark Knight Rises because he got to play Robin.

We're not jealous that he inherited the Batcave, not at all.

19) His career is only getting better

In 2013, he wrote, directed, starred and even helped edit his debut feature Don Juan which co-starred the rather lovely Scarlett Johansson.

As stated above, there seems to be nothing he cannot excel at and his future slate of films looks very interesting with comedy The Night Before and drama Snowden on the horizon, as well as this next film...

His new film The Walk tells the story of Philippe Petit, a man who recruits a team of people to help him realise his ultimate dream; to walk the void between the World Trade Center towers.

It's directed by one of our favourite filmmakers, Robert Zemeckis of Back to the Future and Forrest Gump fame, and it will leave you breathless.

The Walk is released in selected Irish cinemas on 2 October and nationwide on 9 October.