Harvey Weinstein has been expelled from the Academy

Disgraced movie executive Harvey Weinstein has been expelled from the Academy of Motion Picture Arts and Sciences — the group that decides on the Academy Awards.

In a statement on Saturday afternoon, the Academy announced its decision in response to the onslaught of sexual harassment and sexual assault allegations that have emerged around Weinstein in the past week.

“We do so not simply to separate ourselves from someone who does not merit the respect of his colleagues but also to send a message that the era of wilful ignorance and shameful complicity in sexually predatory behaviour and workplace harassment in our industry is over. What’s at issue here is a deeply troubling problem that has no place in our society." 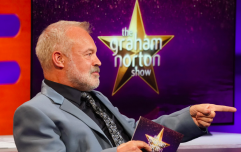 END_OF_DOCUMENT_TOKEN_TO_BE_REPLACED

The decision was taken in a special meeting held by the Academy's 54 board members — a board which includes stars such as Steven Spielberg and Whoopi Goldberg.

"The Board continues to work to establish ethical standards of conduct that all Academy members will be expected to exemplify.”

Weinstein has been accused of improper conduct by many major Hollywood figures, including Angelina Jolie, Gwyneth Paltrow and Cara Delevingne.

Weinstein has long been a member of Hollywood's top brass, and CNN today referred to him as a man who "more than anyone defined and shaped the sharp-elbowed art of Oscar campaigning."

Since the many accusations have come to the public's attention, Weinstein has fled America and is in Europe seeking treatment for "sex addiction."