Not a bad payday for a couple of weeks in Australia...

The reported figures that each celebrity has been paid to appear on this year's series of I'm A Celebrity... Get Me Out of Here have been shared online. 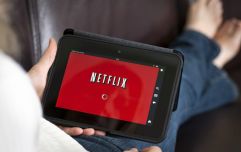 END_OF_DOCUMENT_TOKEN_TO_BE_REPLACED

And some are reportedly being paid far more than others for their stint in the jungle.

Although ITV doesn't disclose details of how much contestants are paid, every year reports circulate about the size of each campmates' pay cheques.

According to Super TV on Twitter, the fees range from the tens of thousands for Hollyoaks actor Owen Warner and comedian Babatunde, to the hundreds of thousands for big names such as Boy George, Matt Hancock and Chris Moyles.

You can see the full list of figures below. 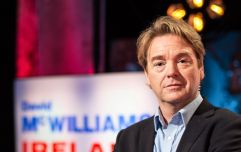 David McWilliams: “Dublin is a large ATM for the rest of the country”

Despite being the early favourite to win the series, England footballer Jill Scott is in the bottom half of earners out of this year's batch of celebs. 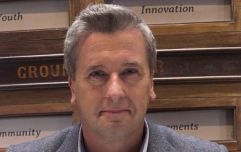 END_OF_DOCUMENT_TOKEN_TO_BE_REPLACED

And according to some reports, Boy George's touted half-a-million pound pay-day could actually be almost double this.

A source told MailOnline that the 'Karma Chameleon' singer is set to bag "close to £900,000” for his time on the show. If true, the figure would be the highest-ever amount paid to a contestant on I’m a Celebrity.

The most expensive star to date was reportedly Noel Edmonds, who was apparently paid a handsome £600,000 for his time in the jungle.

One contestant whose figure will be officially confirmed at some point is former health secretary Matt Hancock.

A spokesperson for the Tory MP has confirmed that he will declare his fee to parliament per procedure, adding that he will donate some of the money he earns to charity.

Meanwhile, it seems unlikely that Olivia Attwood will take home much of her rumoured £125,000 fee, after she spent just 24 hours in the jungle.

In previous years, it has been outlined that contestants must stay in camp for at least 72 hours in order to receive their full payment from ITV.

popular
Here is a list of every Bank Holiday in Ireland in 2023
QUIZ: Guess the movie from the movie poster
Nicola Bulley's phone found by the river 'could be a decoy', diving expert suggests
Woman dies from hypothermia after telling doctor she 'couldn't afford heating'
5 years ago, Hollywood took a massive gamble on a huge sequel... and lost big time
One of the best crime thrillers ever is among the movies on TV tonight
The Last Of Us Episode Five will premiere days earlier in Ireland and UK
You may also like
6 days ago
Harvard professor says winning lottery won't make you happy
1 week ago
Man wins $1m on lottery ticket after someone pushed in ahead of him in queue
1 week ago
Woman who earns more than boyfriend 'gets the ick' because she has to pay for everything
2 months ago
Your friends in THESE counties are quickest to pay back money they owe, new study reveals
2 months ago
Tenant tried to sell landlord's €455k house without him finding out
2 months ago
A single ticket has just landed the world’s biggest lottery win of over €2 billion
Next Page