ITV has confirmed that Ant McPartlin will return to the station

Good news for fans of the iconic duo.

Ant and Dec have been a staple of television for the past two decades.

The two Geordie lads have been on our TV screens consistently since the late 90s, and are adored by millions of people. 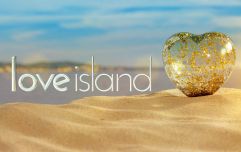 END_OF_DOCUMENT_TOKEN_TO_BE_REPLACED

They have presented Britain's Got Talent, I'm A Celebrity Get... Get Me Out Of Here, Ant and Dec's Saturday Night Takeaway, and absolutely loads more.

In a poll conducted by the BBC in 2004, the pair were voted the 18th most influential people in British culture.

But earlier in 2018, Ant McPartlin was fined £86,000 and banned from driving for 20 months after pleading 'guilty' to a single charge of driving while over the limit.

Since then, his partner Dec appeared on their show Ant and Dec's Saturday Night Takeaway on his own.

But fans of the pair will be happy to hear that ITV are planning for Ant's return already.

In an interview, ITV Chief Executive Carolyn McCall said that the I'm A Celeb host would return to the station whenever he was ready.

Speaking to ITV, McCall said: "We wish Ant well. Clearly he won't come back a moment too soon. So I mean, he will come back when he's well, and when he is ready to come back. ITV will not be putting him under any pressure to come back unless he's well and fit enough to come back."

When she was then asked if he was definitely returning, she replied: "As far as I know, that is true."

You can watch the clip in full here.

ITV Chief Executive Carolyn McCall says @imacelebrity presenter Ant McPartlin will return to the channel but 'only when he's ready'.

popular
QUIZ: Can you name all these European countries from a list of cities?
The Queen appealing for volunteers to weed the garden of her Sandringham Estate
The 50 most iconic songs of all time* have been revealed
PICS: The man with the biggest penis in the world has one unbelievable problem with it
QUIZ: Can you get full marks in this potentially very frustrating general knowledge quiz?
People think they've figured out the ranking of the viewers on your Instagram Stories
The JOE Movie Quiz: Week 107
You may also like
1 year ago
New three-part TV drama to cover sensational Who Wants To Be A Millionaire cheating scandal
1 year ago
ITV have announced they will broadcast La Liga games every week this season
1 year ago
Popular racing broadcaster John McCririck has died aged 79
1 year ago
Six things you might have missed during last night's Love Island
2 years ago
The Jeremy Kyle Show has been cancelled after the death of a guest
2 years ago
Love Island release statement following Mike Thalassitis' death and claims of poor aftercare
Next Page