Michelle Rodriguez has apolgised for her recent Liam Neeson comments

Everyone and anyone has weighed in on Liam Neeson's recent admission, where he said that he wanted to kill a "black bastard".

Michelle Rodriguez has apologised for her recent comments made regarding what Liam Neeson said in a controversial interview.

When she was asked about whether she felt the actor was racist, she said:

END_OF_DOCUMENT_TOKEN_TO_BE_REPLACED

"Dude, have you watched Widows? His tongue was so far down Viola Davis’s throat. You can’t call him a racist ever. Racists don’t make out with the race that they hate, especially in the way he does with his tongue - so deep down her throat.

"I don’t care how good of an actor you are. It’s all bullshit. Ignore it. He’s not a racist. He’s a loving man. It’s all lies."

Since then, she has apologised for what she said, saying that in "a pressure-filled situation, she defended her friend the wrong way".

She did so in a post on her Instagram Story, which you can read in full here: 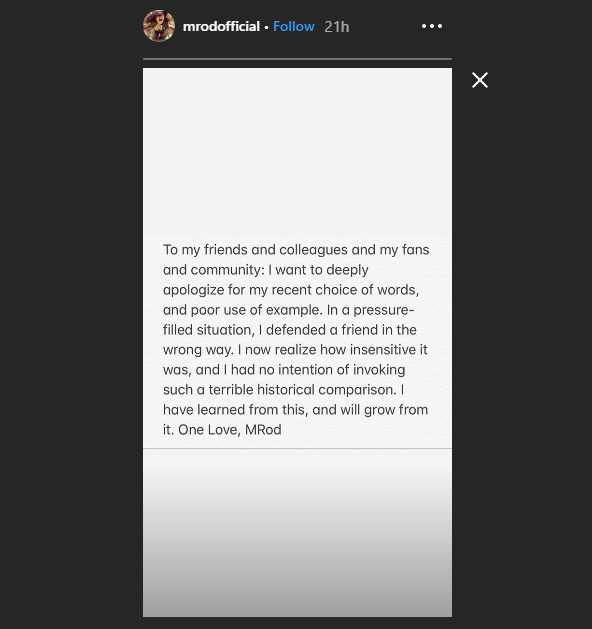 Before this, comedian Trevor Noah had become the most recent to weigh in on the subject, during a segment of The Daily Show.

Advertisement
popular
The 50 most iconic songs of all time* have been revealed
QUIZ: Can you answer all of Sinead and Daniel's questions on the Irish Celebrity Who Wants to be a Millionaire?
People think they've figured out the ranking of the viewers on your Instagram Stories
PICS: The man with the biggest penis in the world has one unbelievable problem with it
The JOE Friday Pub Quiz: Week 239
The Falcon and the Winter Soldier has the most powerful scene in MCU history
QUIZ: You'll find it hard to name all these towns from their Irish name (part 2)
You may also like
2 days ago
Eight more people with Covid-19 have died in Ireland, 309 new cases
3 days ago
Eight people arrested for the murder of Mark Loughlin and related offences in Kildare
4 days ago
Three-year-old girl dies after being struck by a bus in Tipperary
5 days ago
Gardaí intervene and restrain suspect who was armed with a knife in Limerick
1 week ago
Prince Philip has died at the age of 99
1 week ago
Female Garda in hospital after being dragged 100 feet by car during drug search in Cork
Next Page