Here are the 10 best movies on TV this Sunday

It's really not amazing out there today, guys.

As such, you may favour a movie or three. Here's the best around on this Sunday 8 December...

The magic is back.

Because that's what the first Avengers film was called over here. 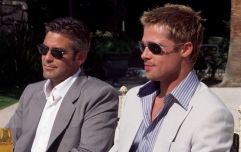 END_OF_DOCUMENT_TOKEN_TO_BE_REPLACED

Does what it says on the tin, this one.