The new Mission: Impossible movie and 5 more big trailers you might have missed this week

That includes teasers for an upcoming MCU movie and a star-studded Netflix blockbuster...

As always, we've compiled the best teasers released in the world of film and TV in the past seven days for your perusal.

You can check them out below.

END_OF_DOCUMENT_TOKEN_TO_BE_REPLACED

While one Tom Cruise sequel is currently in cinemas and earning rave reviews from fans and critics alike, a trailer dropped this week for another.

Mission: Impossible - Dead Reckoning Part One is the seventh installment of the acclaimed hit spy franchise and while plot details are being kept under wraps, it will no doubt find IMF agent Ethan Hunt (Cruise) on a mission that's quite difficult.

Though light on information about the sequel's plot, the above teaser does feature some returning faces for the franchise - including actor Henry Czerny, who was last seen in the first M:I flick all the way back in 1996.

It also provides viewers with glimpses of what are sure to be jaw-dropping action set-pieces when the film arrives in cinemas in July 2023. 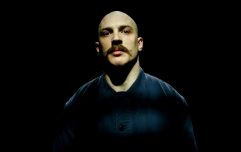 END_OF_DOCUMENT_TOKEN_TO_BE_REPLACED

As such, he finds himself a target and is hunted around the world by a psychopathic former colleague (Chris Evans) and international assassins.

Directed by Anthony and Joe Russo (Avengers: Endgame) and co-starring Ana de Armas (No Time to Die) and Regé-Jean Page (Bridgerton), The Gray Man will land on Netflix on 22 July.

Marvel also released a new trailer this week for Thor: Love and Thunder, the fourth in the Thor series of films.

The sequel will see Chris Hemsworth's title character team up with his ex-girlfriend Jane Foster (Natalie Portman, whose character now has her own superpowers) to stop Gorr the God Butcher (Christian Bale), a killer seeking to eliminate all gods.

Looking like it will boast more of the eccentricity and humour that made Thor: Ragnarok such a stand-out MCU entry, Thor: Love and Thunder is out in cinemas on 8 July.

This survival thriller stars Idris Elba as a recently widowed husband who returns to South Africa, where he first met his wife, on a trip with his two teenage daughters.

However, upon visiting a game reserve managed by an old family friend and fellow wildlife biologist (District 9's Sharlto Copley), they find themselves being stalked by a ferocious, man-hunting lion.

Based on the trailer, this should be an incredibly tense watch when it arrives in Irish cinemas on 26 August.

Moving onto TV, we got a teaser trailer this week for the next Star Wars show that will be released after the recently premiered Obi-Wan Kenobi.

Andor will serve as a prequel to the 2016 movie Rogue One by focusing on the character of Cassian Andor (Diego Luna) during the five years before the events of the film.

Co-starring Fiona Shaw and Stellan Skarsgård and comprising of 12 episodes, its first two will premiere on Disney+ on 31 August.

Speaking of Disney+, we also got a teaser trailer this week for Willow, its new series based on and serving as a sequel to the '80s movie of the same name.

Last up, we have Man vs. Bee, a nine-episode Netflix slapstick series starring Rowan Atkinson of Mr. Bean fame as a man tormented by a bee.

Curious to see how a premise like that will sustain itself over nine episodes? You can find out on 24 June.

popular
County where winning Lotto jackpot ticket worth nearly €9 million was sold confirmed
Netflix has just quietly added 30 big movies to its library
Welder awarded €15,000 for unfair dismissal despite admitting to drinking alcohol before work
Dublin Bus and boat involved in city centre collision
10 years ago today, the scariest movie ever made (according to science) was released
Here's the line-up for this week's episode of The Late Late Show
Graham Norton reveals the one celebrity he'd love to have interviewed
You may also like
21 hours ago
Alec Baldwin reaches settlement with family of Rust filmmaker Halyna Hutchins
1 day ago
Time to get scared – the full line-up for 2022's Horrorthon has been unleashed
1 day ago
Amazon Prime Video has just added 37 big movies to its library
1 day ago
Kelsey Grammer to play Frasier once again in new sequel series
1 day ago
Whoopi Goldberg's breakthrough role is among the movies on TV tonight
1 day ago
It took five long weeks, but The Rings Of Power is finally fantastic
Next Page