Talladega Nights is definitely Will Ferrell's best movie - here's why

"Here's the deal, I'm the best there is, plain and simple. I wake up in the morning and I piss excellence" - Ricky Bobby.

Will Ferrell is as good as a comedic actor can be. His movies are absolutely hilarious, and he is a large reason why. His performances in Anchorman and Step Brothers delivered enough iconic lines to fill lads' Tinder bios for years now, and rightly so.

However - and it's a big call - as brilliant as those movies are, they don't compare to The Ballad of Ricky Bobby. Shake n' bake. 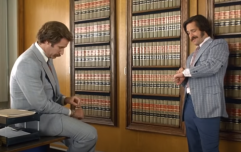 Will Ferrell and Paul Rudd to reunite for new TV series

END_OF_DOCUMENT_TOKEN_TO_BE_REPLACED

First of all, let's look at Bobby's talent. He was a champion race-car driver, and originally quite a modest man. In his first interview, he nervously stuttered "I'm not sure what to do with my hands", but before long he was a natural. Just take a look at him and his partner's Public Service Announcements...

How about one of the most intense rivalries in sports history? The one between our hero Ricky Bobby, and the classy Frenchman - Jean Girard. He is responsible for one of the best comebacks of all time: "Oui? No, "we" are not French. We are American." 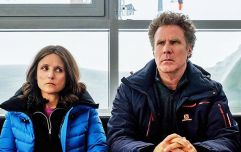 END_OF_DOCUMENT_TOKEN_TO_BE_REPLACED

It is important to remember that Ricky Bobby did not get to where he is on his own. He is a man of God. And he is very quick to show praise to the tiny, baby, infant Jesus, who has always helped him along the way. This is how Grace should be said, always. 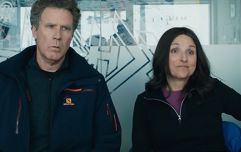 END_OF_DOCUMENT_TOKEN_TO_BE_REPLACED

But he's more than just a race-car driver. He is a loving husband, and an excellent father. His sons Walker and Texas Ranger (or TR, as they call him) are just young versions of Ricky himself, and represent everything that we love about him. Trash-talk must be hereditary.

How could we forget the most important relationship throughout the entirety of the film? The bromance between Ricky and Cal Naughton JR. is one for the ages. Even though they went through some tough times, we knew that they would end up best friends again. For the rest of time, Magic Man and El Diablo (which is apparently Spanish for a fighting chicken), will be together forever.

If you haven't seen this classic movie yet, then you'd better watch it soon. And if you have, then you should definitely see it again.

Or Walker and TR are gonna come at you like a spider-monkey.

popular
People want "offensive" Crown Paints advert banned after attracting hundreds of complaints
QUIZ: Can you identify the famous song from the opening line?
Here's how to make €9-11 on Revolut in just a few minutes
Man arrested on suspicion of the murder of Irish man in London
New car-free town with population of 85,000 set to be built in Dublin
Galway City Council street cleaners claim Lotto jackpot worth over €5.5 million
Elderly Irish man stabbed to death on mobility scooter in London
You may also like
9 months ago
EXCLUSIVE: Stephen Donnelly compared to Ron Burgundy and David Brent by senior officials in explosive new book
2 years ago
Ryan Reynolds and Will Ferrell to star in a Christmas movie together
2 years ago
QUIZ: Can you guess the Will Ferrell movie from a single image?
3 years ago
Will Ferrell's Eurovision movie will star Pierce Brosnan as "the most handsome man in Iceland"
3 years ago
Will Ferrell is bringing back Ron Burgundy for a new podcast
3 years ago
Son of a nutcracker! Elf will return to Irish cinemas this Christmas
Next Page