If this were released on Monday, we'd automatically chalk it up to an April Fool's joke.

What is happening right now? 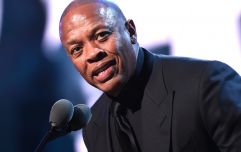 END_OF_DOCUMENT_TOKEN_TO_BE_REPLACED

(looks in glass of water) Did somebody spike this?

Seriously, what is happening right now?

I'm trying my best to remain calm and level headed, but this weekend, tech billionaire Elon Musk took to Twitter to drop a song titled "RIP Harambe", which appears to feature Musk himself under several layers of Auto-Tune, rapping about the late gorilla Harambe.

Maybe it is an early April Fool's joke? It would certainly explain the lyrics: "RIP Harambe, sipping on some Bombay, we on our way to Heaven, amen, amen!" or "All we ever do, is be thinking about you, when we back at the zoo, we thinking about you." 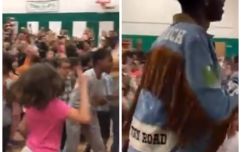 END_OF_DOCUMENT_TOKEN_TO_BE_REPLACED

Considering Musk's apparent net worth is a little over TWENTY BILLION DOLLARS, you'd think you could've afforded to produce something better than this?

Presuming it is actually him?

And presuming it isn't an April Eve's joke?

So many question, so few answers, but what we should be most thankful for is the fact that the song is barely 90 seconds long.

The Big Reviewski || JOE · The Big Reviewski with Andy Serkis, Squid Game follow-ups & the return of Succession
popular
Emergency services rush to high-rise building on fire in Tallaght
Two prisoners who absconded from Loughan House in Cavan arrested by Gardaí
The JOE Friday Pub Quiz: Week 265
Hollywood couple Joe Manganiello and Sofia Vergara seen enjoying a Cork chipper
Ryanair is seeking applicants for "the worst job in Ireland"
QUIZ: Can you master this General Knowledge Quiz?
National Lottery reveals 28 locations where tickets worth over €35,000 each were sold
You may also like
1 year ago
Rapper T.I. says not eating meat is the secret to staying in shape past 40
1 year ago
Documentary on the story of hip-hop in Ireland to air on RTÉ tonight
2 years ago
British rapper Cadet dies in car crash on the way to a gig
2 years ago
21 Savage was born in East London, according to records
2 years ago
WATCH: Fans have very mixed reaction to Eminem's new 10-minute freestyle 'Kick Off'
2 years ago
Controversial rapper Azealia Banks announces Irish gig for early 2019
Next Page