Kanye West has returned to Twitter after his account was blocked after a series of anti-semitic posts.

END_OF_DOCUMENT_TOKEN_TO_BE_REPLACED

He repeatedly denied the claims that the his comments were racist and even said he doesn't believe in the term "anti-semitism" because it's "not factual."

However, during an interview with Piers Morgan he apologised somewhat, saying: "I’m sorry for the people that I hurt with the 'death con'… I feel like I caused hurt and confusion."

Twitter owner Elon Musk confirmed that he had spoken to West after the controversial comments about his views. 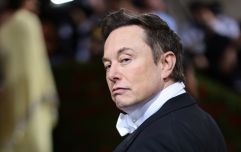 END_OF_DOCUMENT_TOKEN_TO_BE_REPLACED

He tweeted: "Talked to ye today & expressed my concerns about his recent tweet, which I think he took to heart.”

Musk then deleted another tweet shortly after in which he hinted at a possible business collaboration with the rapper.

The Twitter CEO's decision comes after he reinstated Donald Trump's account on the social media platform as well.

A poll said that more than 51.8 per cent of more than 15 million Twitter users wished for the former US President to be given back his account was listened to. 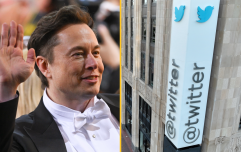 END_OF_DOCUMENT_TOKEN_TO_BE_REPLACED

However, despite MuskMusk saying he would be welcome back to the platform, Trump hinted he may not do so, saying: "I don't see any reason for it."

Trump's account was suspended in 2021 due to the risk of incitement of violence.

popular
The JOE Friday Pub Quiz: Week 324
The "eighth best movie ever made" is among the movies on TV tonight
Jackass star Bam Margera reportedly hospitalised with pneumonia and put on ventilator
A Place In The Sun's Jonnie Irwin takes son to see Santa after terminal cancer diagnosis
Here's the line-up for tonight's episode of The Graham Norton Show
Jennifer Lawrence sparks controversy by saying she was the first woman to lead an action movie
One of the best films of all time is among the movies on TV tonight
You may also like
1 month ago
Kanye West says he won't speak, drink, have sex or watch porn for 30 days
1 month ago
Amber Heard deletes Twitter account after Elon Musk takes over
1 month ago
Ricky Gervais calls out James Corden for copying one of his jokes word for word
1 month ago
LeBron James calls on Elon Musk to act after use of n-word on Twitter increases by 500% since takeover
1 month ago
Elon Musk reportedly planning to introduce monthly $20 charge for blue-check on Twitter
1 month ago
Elon Musk set to take over Twitter after completing $44 billion purchase
Next Page