There's a Christmas bonus and then there's this.

As we hit the festive season, theLotter is allowing people to dream of a December like no other. 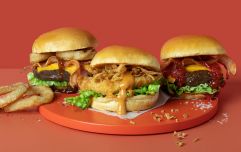 END_OF_DOCUMENT_TOKEN_TO_BE_REPLACED

This Saturday, the US Powerball lottery draw offers a ridiculous jackpot of over $243 million and we think it's fair to say that our classic and understated tone of, "sure that's a nice wee lift coming up to Christmas" doesn't fit for a sum of that magnitude.

So it's no surprise that thousands of Irish people are already using TheLotter to safely and securely purchase official tickets for Powerball and other foreign lotteries, because every one of them using the service puts themselves in with a chance of becoming a millionaire if they win.

Since its launch in 2002, TheLotter has paid out more than $100 million in prizes to over six million winners from across the globe. The biggest winners at the site have included a woman from Panama who won $30 million playing Florida Lotto, and a man from Iraq who won a $6.4 million Oregon Megabucks jackpot. 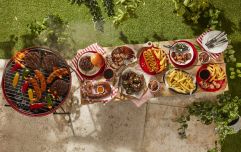 END_OF_DOCUMENT_TOKEN_TO_BE_REPLACED

TheLotter charges a small service fee, but the good news, according to TheLotter’s representatives, is that "when you win, we don't charge commissions, no matter how big or small the prize is".

According to Adrian Cooremans, theLotter’s spokesman, it is possible to play American lotteries such as Powerball from Ireland as "lottery rules clearly state that you do not need to be a citizen or resident to play, nor is there any law in the United States prohibiting a foreigner from winning the lottery".

Based on those rules, residents of Ireland can participate in the Powerball draw with official lottery tickets purchased legally on their behalf by a respected and reputable ticket messenger service, such as TheLotter.

The current Powerball jackpot of $243 million will be drawn on Saturday 5 December. All Irish people who buy their official Powerball tickets at theLotter will participate in the draw with the same conditions as if they were physically in the United States. 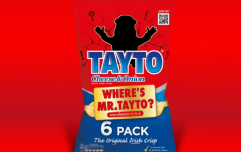 END_OF_DOCUMENT_TOKEN_TO_BE_REPLACED

You can sign up at theLotter.com and play the upcoming US Powerball draw on Saturday.

popular
The JOE Friday Pub Quiz: Week 324
The "eighth best movie ever made" is among the movies on TV tonight
Irish woman selected for first civilian mission around the Moon
Jennifer Lawrence sparks controversy by saying she was the first woman to lead an action movie
The start of the superhero takeover of Hollywood is among the movies on TV tonight
New country-wide weather warnings issued as temperatures set to drop to -6 this weekend
One of the best films of all time is among the movies on TV tonight
You may also like
3 days ago
Your friends in THESE counties are quickest to pay back money they owe, new study reveals
4 days ago
House of Peroni presents 5-course Sensory Supper in Café En Seine
1 week ago
5 very cool Guinness-themed Christmas gifts for the stout lovers in your life
1 week ago
5 deadly destinations for a last-minute city break this winter
1 week ago
18 very affordable gifts for your aul' fella or brother this Christmas
1 week ago
QUIZ: How well do you know The Batman?
Next Page