JOE finds out what a 'vampire facial' is

There are plenty of different and interesting treatments out there for our skin, but we were interested to find out what exactly a 'vampire facial' is

Seeing as Halloween is just around the corner, we thought we'd give the vampire facial a go, a revolutionary new treatment that promises to keep the ravages of age at bay for a little bit longer. We weren't too sure what it was, but 'tis the season (at least for vampires anyway) so we thought it couldn't hurt to try and got the inside line from the good folks at The Otto Clinic in Limerick.

Increasingly, a lot of men (JOE included) are thinking more and more about looking after their skin and are worried about the effects of ageing. This is good news because it means that a lot more of us are conscious of how we treat our skin, and what we do to it on an everyday basis. While we're not quite at the same level of lotions and potions as our female counterparts, it's certainly a step in the right direction, and we were curious to see what exactly was up with this new fad, which we saw Kim Kardashian getting a few months back when she posted a picture of her face all covered in blood. It didn't look too pleasant, but we have to say we were pretty intrigued. 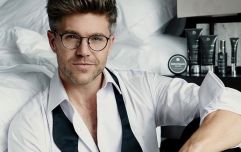 END_OF_DOCUMENT_TOKEN_TO_BE_REPLACED

So here's the lowdown and how it goes down. You have some of your own blood extracted from your arm, as if you were donating, and then for ten minutes, this blood is put through a centrifugal system to separate the platelets and fibrin from the red blood cells. While the popular name for the treatment is the 'Vampire Facial' the treatment is actually called PRP, or Platelet Rich Plasma treatment, which is why they want-a to suck-a your blood. But in a good way.

While this happens, you have freezing gels applied to your face to limit any pain or discomfort during the procedure, and then the mix (known as 'Platelet Rich Plasma') is applied to your face to the areas that you want treated. The treatment that you want is all sorted out between yourself and a consultant beforehand, where you outline what you think your issues are. You would be a prime candidate if you're in your early 30s, which is when you would see the treatment's effects best. Some key areas that would be pretty usual would be the forehead, bags or other signs of tiredness and ageing around the eyes, lines around the mouth, and pretty much anything that you're concerned about.

In terms of pain...well there's no point in saying it's not sore, but the best way to describe it is probably uncomfortable, after all, they are injecting something into your face. That said, it's an awful lot easier than going for a full on facelift (not to mention cheaper), and it only takes a few minutes. Once it's done, you'll have a small bit of swelling but that tends to go down within an hour, and will be completely gone within the same day.

The plasma remains alive in the treated area for seven days, but the activity of the stem cells in the plasma continues working for about three months, when you head back and have a check up to see how everything's going. However, you can expect that the effects of the treatment will last for up to a year, so it's well worth investing in.

Michelle McMahon, editor of Her.ie, went along to try it, and here's how she got on.

To find out more about the Vampire Facial or book in for a free consultation, call Ita at The Otto Clinic on 061 317678.

The Big Reviewski || JOE · The Big Reviewski with Ray Liotta, Goodfellas facts & Tom Hanks making us cry
popular
The JOE Movie Quiz: Week 121
The JOE Friday Pub Quiz: Week 262
Temperatures to plummet to five degrees with thunderstorms as Atlantic system to hit next week
Ireland's newest train station officially opens in Dublin
PICS: The man with the biggest penis in the world has one unbelievable problem with it
QUIZ: Tickle your brain waves with this general knowledge quiz
The JOE Music Quiz: Week 74
You may also like
3 years ago
RTÉ producer to be sentenced for child grooming offences on Friday
3 years ago
There's an event coming up specifically to find dates for single people with beards
4 years ago
These are products every man should consider adding to his wash bag
5 years ago
Troubles that only balding men will properly understand
6 years ago
Video: These South African lads are cutting off Hipsters’ man-buns in drive-by-haircuts
6 years ago
Video: Terry Crews returns in the latest (and possible the strangest) Old Spice advert
Next Page