As hard as it is to believe, a very significant milestone for Friends fans is quickly approaching because 22 September marks the 25th anniversary of the first episode airing.

Yep, all those years ago Rachel burst through the doors at Central Perk and TV history changed forever.

END_OF_DOCUMENT_TOKEN_TO_BE_REPLACED

We all know what happened over the course of those ten seasons and that entire story arc was very much created by the finale to Season 1 and the first episode of the next season.

Ross goes to China, Rachel learns how Ross really feels about her, Ross comes home with a new girlfriend.

However, to coincide with this massive milestone, EW tracked down some of the supporting cast in Friends to relive some memories about their time on the show.

Unsurprisingly, Lauren Tom (Julie) was not treated too kindly by Friends fanatics when the show originally aired. 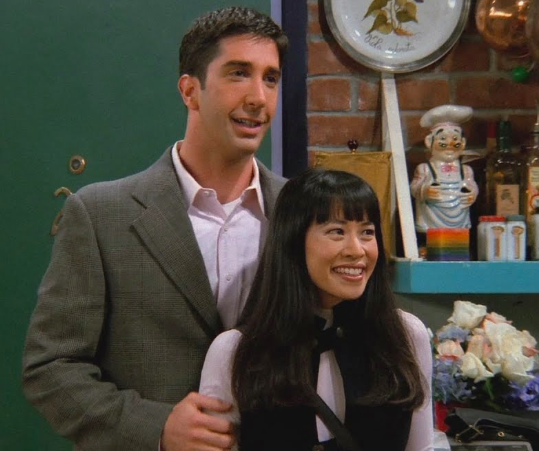 END_OF_DOCUMENT_TOKEN_TO_BE_REPLACED

“The fans were rabid. I wasn’t prepared for the amount of venom I was about to receive in a live audience where they actually booed my character. I think most actors are pretty sensitive. That’s why we’re doing what we do, because our emotions are right on our sleeve.

“I just was so shocked that they were booing me. And, of course, I was trying very hard not to get my feelings hurt. I had to get used to that. I did understand intellectually that, you know, the audience was meant to be rooting for Rachel. Even I was rooting for Rachel, on some level, ’cause I was a fan of the show! But emotionally my body didn’t understand that when I heard the booing. So that was tough,"said Tom.

Well, as for the character of Julie, we really hope that Russ treated her well.

popular
Paul Murphy says there will be 2014-style mass protests if the Government re-introduce water charges
Man arrested after walking into Garda Station, spraying petrol on Gardaí and attempting to light it
Seth Rogen shocks fans after shaving beard off
Ireland seeing worst hospital overcrowding since the Covid-19 pandemic began, says INMO
The 50 most iconic songs of all time* have been revealed
Here are the best movies on TV this evening
PICS: The man with the biggest penis in the world has one unbelievable problem with it
You may also like
1 week ago
QUIZ: How well do you know Ted Hastings' one-liners from Line of Duty?
1 week ago
Each Line of Duty copper ranked by their likelihood of being H
2 weeks ago
Netflix’s new true crime documentary could be your next TV obsession
2 weeks ago
The Ultimate Oscars Quiz
2 weeks ago
The full list of all the new shows and movies coming to Netflix in May
3 weeks ago
Morrissey calls The Simpsons "racist" after showing him with his "belly hanging out"
Next Page