The Chicago-born actor and director died today aged 69 after a long battle with illness.

According to WGNtv.com, Ramis had been battling serious illness since May 2010, when he underwent surgery for diverticulitis, after which he suffered complications which left him unable to walk for some time and resulted in numerous lengthy spells in hospital.

Ramis appeared in a number of famous comedies such as National Lampoon’s Vacation, Groundhog Day (which he also wrote, directed and produced) and Knocked Up, while his directing credits include Caddyshack, Analyse This and the American version of The Office.

Ramis will perhaps be best remembered for his role as Dr. Egon Spengler, the most serious of the ghost-busting crew but also the one with easily the best hair, in both Ghostbusters films, which enjoyed great success and attracted a huge following in the mid to late 1980s. 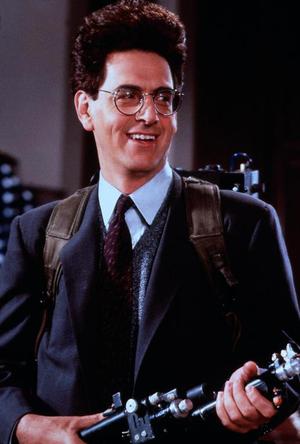 
popular
Tayto have launched two brand new crisp flavours for you to get stuck into
Roy Keane will be appearing on this week's Late Late Show
Study shows it takes men four months of dating before they’re happy to share food with their partner
QUIZ: How well do you remember these classic PS2 games?
It's Week 20 of JOE's 19 in 90 quickfire quiz
Here are all the best new titles coming to Netflix in March
The story behind Netflix's latest true crime documentary is absolutely off-the-wall bonkers
You may also like
1 day ago
Ben Affleck reveals he quit Batman role over fears he'd "drink himself to death"
1 day ago
Here are the best movies on TV tonight
2 days ago
In Bruges director will be making his next film in Ireland and the plot sounds great
3 days ago
QUIZ: How well do you know The Wedding Singer?
4 days ago
THE JOE Movie Quiz: Week 41
4 days ago
Here are the best movies on TV today
Next Page