Popular Cavan rock outfit The Strypes call it a day

The end of an era.

Cavan throwback rock and roll enthusiasts The Strypes have broken up.

An official  statement issued on behalf of the band by their management on Wednesday morning confirmed the news.

Formed in 2010 as teenagers with a taste for sharp suits and the music of Dr. Feelgood, The Strypes burst onto the scene proper following an appearance on The Late Late Toy Show. 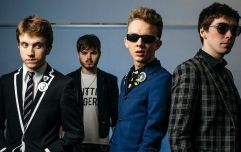 In memory of The Strypes, the band that never quite was

END_OF_DOCUMENT_TOKEN_TO_BE_REPLACED

They'd soon trade that stage for Jools Holland, David Letterman and Conan O'Brien before taking in the likes of Glastonbury, Fuji Rock and Electric Picnic. 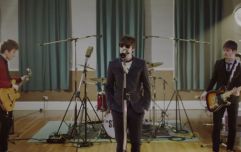 The Strypes announce a headline show at the Olympia in January

END_OF_DOCUMENT_TOKEN_TO_BE_REPLACED

They proved a polarising outfit, with some critics deciding that their brand of retro noise was a cynical gimmick for such a young act to be championing.

One thing that is certain is that they enjoyed a dedicated following over the years.

As for the future, guitarist Josh McClorey is working on a solo album while frontman Ross Farrelly is "pursuing other musical outlets." 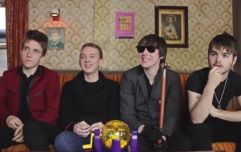 Pints with Michael Collins and fighting ducks: JOE spins The Tombola of Truth with The Strypes

END_OF_DOCUMENT_TOKEN_TO_BE_REPLACED

The band released a short statement on Twitter, thanking fans for their support.

"Over the past seven years we have played in toilets and theatres, in cafés and castles, from Scotshouse to Tokyo and back again.

"We've been in bedrooms and buses, planes, trains and automobiles. We've been on telly, on radio and on record.

"It's been fun and exciting, dull and dangerous, easy, tough, frustrating, satisfying and amazing. It's been a life and a living.

"But we've decided to call time on The Strypes. Thank you all.

popular
People want "offensive" Crown Paints advert banned after attracting hundreds of complaints
Netflix has just added 23 very big movies to its library
Human remains found in suitcases are the bodies of two children
Disney+ has just added 10 big movies to its library
The prequel to one of the best twists of all time and 7 more movies & shows to watch this weekend
A terrific '90s crime drama is among the movies on TV tonight
Here's how to make €9-11 on Revolut in just a few minutes
You may also like
4 years ago
#TheJOEShow 'Best of' Special - Episode 34
7 years ago
Foo Fighters add Ash & The Strypes as final guests for Slane Castle
7 years ago
Cavan rockers The Strypes announce show in Dublin in early December
8 years ago
The Strypes set to play a secret gig in Cavan tonight
8 years ago
Five acts that you definitely have to check out at Sea Sessions 2014
8 years ago
Music, surfing, sports and partying: Sea Sessions 2014 is back and it looks brilliant
Next Page