Epstein was "left alone" and "not closely monitored" before death

Correct procedure was not followed before Epstein's death.

Jeffrey Epstein, the disgraced financier and billionaire who was convicted of sex crimes against minors in 2008, died by suicide in his prison cell while awaiting trial for many more sexual offences yesterday.

It has emerged today that Epstein, despite a suicide attempt just weeks ago, was not being closely monitored before his death, and had ben "left alone."

The New York Times has reported that guards were supposed to check on Epstein every 30 minutes, a procedure which was not followed on the evening of his death.

The Bureau of Prisons had already come in for criticism for confirming yesterday that Epstein had been taken off suicide watch, despite his earlier suicide attempt.

The circumstances surrounding Epstein's death are now likely to be the focus of an FBI investigation. Politicians from both the Republican and Democratic parties have called for further inquiry into death. 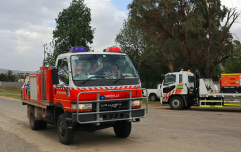 END_OF_DOCUMENT_TOKEN_TO_BE_REPLACED

The jail had also transferred out his cellmate, and Epstein had a cell to himself by the time of his death. Officials have claimed that this was also a breach of normal procedure.

Epstein was known to have been friends with many other high-profile public figures, including presidents Donald Trump and Bill Clinton.

The strange circumstances of Epstein's death have resulted in the proliferation of multiple conspiracy theories online, though there is no evidence to undermine the official account provided by the Metropolitan Correctional Centre.


popular
QUIZ: Can you guess the pixellated movie posters?
QUIZ: Can you name all these European countries just from their vowels?
Shallow spectacle between Varadkar and Martin leaves the audience wanting less
Aldi to recruit 550 new staff and implement living wage rate for employees
QUIZ: Week 16 of JOE's 19 in 90 quickfire quiz is here
Dublin pub to host a 'doggy date night' where you can bring your dog to dinner
This week's US Powerball jackpot is a monumental €337 million, so get entering!
You may also like
4 hours ago
Man dies after farming accident in Cork
22 hours ago
TG4 to air a documentary on Ireland's homeless crisis this evening
23 hours ago
Terry Jones from Monty Python has died, aged 77
1 day ago
Noel Rock asked for less alcoholic beer to be sent to the Mansion House just as his Fianna Fáil rival was elected Lord Mayor
2 days ago
Man arrested after threatening Gardaí with knife and stealing cash in Dublin
2 days ago
Sky's new true crime documentary series examines a very sinister murder theory
Next Page