The nominations arrive on Monday. Here's what the smart money is on...

Election fever may be about to sweep across the nation but there's still plenty of room for awards buzz to take hold.

Monday will bring the full list of nominations for this year's Academy Awards ceremony, honouring the very best from the world of cinema in recent times.

END_OF_DOCUMENT_TOKEN_TO_BE_REPLACED

As such, it's a good time to consult the latest betting odds regarding who and what is expected to take home Oscar gold come February.

According to betting site aggregator Oddschecker, several heavy hitters from 2019 are in line for glory.

Chief among them, Joker himself - Joaquin Phoenix.

Fresh from getting arrested over the weekend and landing a Golden Globe the weekend before that, the actor is currently the 2/17 favourite to be named as Best Actor at the Academy Awards on Sunday 9 February.

Next to him you have the likes of Adam Driver for Marriage Story (6/1), Taron Egerton for Elton John biopic Rocketman (12/1) and Antonio Banderas for Pain and Glory (14/1).

Leonardo DiCaprio lags behind those four, which, if an accurate prediction, would mean a Robert De Niro shut-out for The Irishman, which seems unlikely, surely?

Best Actress has Renee Zellweger as the outright favourite (1/4) for her turn as Judy Garland in Judy, with Scarlett Johansson for Marriage Story (7/1), Charlize Theron for Bombshell (10/1) and Cynthia Erivo for Harriet (11/1) following on. 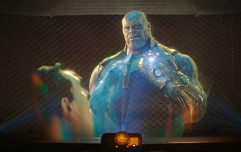 The full potential of Loki's powers have not yet been realised

END_OF_DOCUMENT_TOKEN_TO_BE_REPLACED

Interestingly, Lupita N'yongo takes the fifth spot which, if her name is read out during the nominations, would see her put forward for Us, giving the horror genre a rare representation at the usually drama-heavy bash.

As far as the other major awards go, the latest odds favour Quentin Tarantino's '60s hangout adventure Once Upon a Time in Hollywood for Best Picture on 2/1, just ahead of Sam Mendes' war epic 1917 on 3/1.

The Big Reviewski || JOE · TBR Spotlight: Loki - Episode Two - 'The Variant'
popular
Dominic Cummings reveals "texts from Boris" calling Matt Hancock "f**king hopeless"
Public warning issued as large male boar is on the loose in Kerry
Warning issued over nationwide 087 phone scam where callers pretend to be Gardaí
Piers Morgan hits out at Ikea as it becomes latest brand to pull advertising on GB News
Electric Picnic organisers announce new dates for summer festival
450,000 people waiting on second AstraZeneca dose will receive it before the end of July, says HSE
The 50 most iconic songs of all time* have been revealed
You may also like
23 hours ago
Late Late Show favourite Adam King to star in animated series
1 day ago
There are four big movies arriving in Irish cinemas this week
1 day ago
The director of Luca reveals how Pixar chooses which movie they'll make next
2 days ago
WATCH: Jennifer Aniston and Reese Witherspoon steal the show in explosive first trailer for The Morning Show Season 2
2 days ago
Robert De Niro's new comedy is available to watch at home in Ireland this week
2 days ago
Lin-Manuel Miranda on the strong Irish connection to his new movie In The Heights
Next Page