The 15 greatest WWE entrances from the Attitude Era

A look back at the Attitude Era in the WWE.

Wrestling fans of a certain period, we're talking 90s kids, will happily tell the uninformed just how great the WWE was back then. 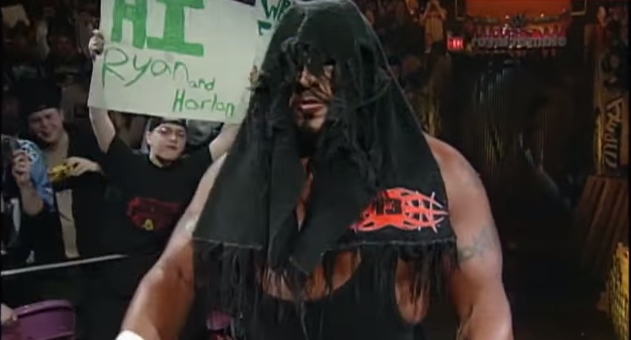 END_OF_DOCUMENT_TOKEN_TO_BE_REPLACED

This was long before the PG era took over; where cursing, barbed wire attacks, the Hardcore Title on the line 24/7 (remember that? Poor Crash Holly) and Mankind being thrown off the top of cells were all the rage.

WWE was massively popular in Ireland at the time and one of the main reasons for that were the amazing array of entrance themes. 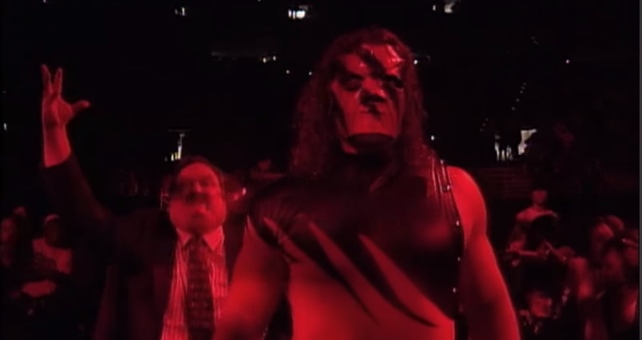 Here are the best.

(Note: as the original Undertaker, Shawn Michaels and Bret Hart were well established before the Attitude Era peaked, they're not on this list, but their themes are well up there with the finest in WWE history.)

END_OF_DOCUMENT_TOKEN_TO_BE_REPLACED

It was a simple question growing up in school and around your estate; Were you a Stone Cold or Rock man? Your answer said a lot about you, but we'll commit to neither for the time being.

Two of the biggest stars from the era, both were mostly babyfaces (good guys) throughout and, yet, they were equally and passionately loved - an impressive feat.

For people of a certain age, hearing the opening second of Stone Cold Steve Austin's theme, when the glass breaks, brings back floods of old memories. He was the ultimate anti-hero.

Can you imagine if this was played in nightclubs at about 1.30am? Utter carnage would ensue.

END_OF_DOCUMENT_TOKEN_TO_BE_REPLACED

Back before Dwayne Johnson was one of the biggest movie stars in the world, he was fast becoming the face of the WWE.

His popularity got to crazy levels at one stage, all thanks to his electrifying charisma, and his rivalry with Stone Cold and HHH was one for the ages. These were three genuine heavyweights vying for top spot and the major beneficiaries were us fans.

Funny to think that when he first came on the scene as Rocky Maivia in 1996, he was viewed as pretty lame and highly uncool. Fast forward a few short years and just listen to the reaction of the Boston crowd when his music stops below.

HHH was the ultimate heel during the Attitude Era. He was a right bast*rd and made everyone hate him, which made everyone love him at the same time (we all tried that spitting-out-the-water trick at some point).

Even though he was supposed to be a heel, his return in January 2002 after a serious injury showed just how much he had been missed by the WWE fans (he admitted to crying his eyes out after that moment).

But, the Attitude Era wouldn't have been the same without the evil HHH in old theme tune mode. Together with first, Chyna, and then the corrupted Stephanie McMahon, he was the most consistent threat to The Rock and Austin.

Clip via The Dark Knight

When everyone chose which wrestler they were going to be during lunchtime fighting (what? you didn't do that?) this writer always chose Chris Jericho for a couple of simple reasons; the Walls of Jericho was the only finisher that I could do and his entrance theme was class.

So class, in fact, that Jericho still used that same tune well into the 2010s.

Nothing beats his debut, though, from 1999 when, for a very brief moment at the start of the clip, he was probably the only superstar during this period to upstage The Great One.

Just listen to that pop.

Like Jericho, Kane ended up becoming a WWE legend over time. And, like Jericho, Kane's air of greatness slightly diminished as the years went by because of a frequent change in appearance that lessened his fear factor.

The Undertaker's half brother was never as scary as he was in 1997 when, accompanied by Paul Bearer, Kane confronted his older sibling in one of the most heart-stopping moments in WWE history.

Few wrestlers genuinely scared me when I was younger, Kane was one of those chosen few.

There was a time in Ireland that when the question, "Oh, you didn't know?" was met with a very loud reaction by a certain demographic.

We can all thank Road Dogg Jesse James and "Badd Ass" Billy Gunn, aka. The New Age Outlaws, for that wonderful digression to our everyday lives.

The multiple-time Tag Team Champions symbolised the endless fun that was the Attitude Era, with their tune acting as one of the great anthems.

Tazz never really fulfilled the early promise that he demonstrated, however his entrance theme always got the hairs on the neck standing up.

He was actually a brilliant wrestler and the towel-covering-the-head look was, for a fleeting period, copied all over the shop as it was dead simple to emulate.

His debut in Madison Square Garden at Royal Rumble 2000 went down in history because Tazz was the first competitor to beat the Olympic Champion, Kurt Angle, and his entrance sparked an amazing reaction from the spectators.

This was when live WWE crowds really did match the era - they were mad.

Future stars Edge and Christian came together with their leader Gangrel to form The Brood, but it was only when the trio left the Ministry of Darkness that their star began to shine.

The Brood never had more than a cult following during the Attitude Era and really acted as a precursor to the brilliant Edge & Christian v Hardy Boyz v Dudley Boyz rivarly, but the Gothic gang perfectly encapsulated the period during their peak.

Like the fine wine that Gangrel would regularly spit into the audience, this theme gets better with age.

Can you imagine this character being allowed to even set foot in WWE HQ nowadays?

The Godfather's character was a pimp who would consistently be accompanied to the ring by his Hos, on the Ho train, every time he performed. Try getting that past HR in 2015.

Luckily, this was the Attitude Era and such a character was wholly encouraged and celebrated.

Get ready to climb aboard once more.

This was truly the golden age of the tag team, and two of the major players in this field were Matt and Jeff Hardy.

The brothers (along with Shane McMahon) thought nothing of jumping off the most ridiculous heights, Swanton Bombing their way into the hearts of the fans.

Basically, without saying very much at all, they proved to be as mad as a bag of squirrels and, more importantly, a big crowd favourite who helped revolutionise the great Ladder Matches.

Don't try this at home, kids.

The character of Goldust was a strange fish who is still doing the rounds today.

He was always a bit of a sideshow joke character, but not so much that he was a parody.

There was a genuinely unsettling element to Goldust that forced you to take him seriously, and the Attitude Era was made all the better with Dustin Rhodes' finest creation.

Here he is right at the end of the era, entering the Royal Rumble with another favourite from the period.

Bubba Ray and D-Von Dudley recently returned to the WWE, much to the fans' delight, but it will be tough to replicate their peak success over the turn of the millennium.

The Dudleyz were an odd but brilliant pairing, who took pleasure in destroying perfectly decent tables (why were they always readily available?!) all in the name of the hardcore philosophy.

They also had a cracking entrance theme.

The Attitude Era was particularly great because it was a period of experiment, often resulting in some terrific innovations along the way.

In truth, it was hard to take to the American Badass version of The Undertaker because the character just didn't have the presence of The Phenom.

However, the motorbike entrance and theme was a defining factor and memory during the Attitude Era's zenith.

We were just largely impressed that he never fell off the bike on the way down the titantron, really; that would have ruined everything.

Whenever fans heard the start of this tune, it usually meant that either Vince or Shane (before he got his own theme) were about to spoil the fun of Stone Cold or The Rock.

On the odd occasion, though, No Chance in Hell was played to signify that the owner of the company was about to come to the rescue... and it was brilliant.

If memory serves, among my fellow obsessed fans, this tune was hated at the time but loved as the years went by.

Countless hours and days were spent emulating the 'Suck It' sign to anyone who would listen, without actually realising what you were insinuating. Glorious times.

DX were the most misbehaved group at a time when anti-establishment and rebellion ran riot in the WWE.

Whether they were the good guys or the bad ones, the crowd always responded once the first note of DX's tune was played; it was irresistable.

This real life group of friends played a huge role in establishing the greatest time to be a wrestling fan.

We'll forever be grateful for the Attitude Era.

The Big Reviewski || JOE · The Big Reviewski with Dune, a mini-Hangover reunion & the best of Timothée Chalamet
popular
One of the best thrillers of the decade is among the movies on TV tonight
The full list of all the new shows and movies coming to Netflix in November
A villainous Tom Cruise performance is among the movies on TV tonight
"Like a whip" – director describes fatal shooting on Alec Baldwin film set
QUIZ: Get the ball rolling with this General Knowledge Quiz
The JOE Movie Quiz: Week 125
The JOE Friday Pub Quiz: Week 266
You may also like
2 months ago
Dwayne 'The Rock' Johnson says gruesome injury is the reason why he doesn't have six pack abs
3 months ago
WWE superstar explains why he eats breakfast cereal after a workout
5 months ago
Dave Bautista talks about Sheamus' potential future in Hollywood
8 months ago
Emotional night for old-school legend Edge at the WWE Royal Rumble
9 months ago
Mick Foley asks Vince McMahon to kick Donald Trump out of the WWE Hall of Fame
9 months ago
Chris Jericho and Bray Wyatt pay tribute to late wrestling star Brodie Lee
Next Page