The Boss is going back on the road.

With his new documentary Western Stars being released in cinemas on 28 October, Irish fans have been inundated with The Boss over recent weeks and that's not a bad thing.

Aside from his excellent special on Netflix, Springsteen On Broadway, the rock 'n roll icon was also a recent guest on The Graham Norton Show and we were treated to the Springsteen-inspired Blinded by The Light too. 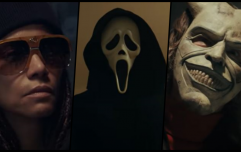 END_OF_DOCUMENT_TOKEN_TO_BE_REPLACED

Irish stations even celebrated The Boss' recent 70th birthday in the best way possible...by playing his tunes for a full day.

This being said, there's nothing that beats seeing Springsteen live and there's some some good news on that front.

During a recent Q&A in London - which JOE was present at - Edith Bowman asked the beloved musician about his directorial debut on Western Stars, what the future might hold, and specifically if he had any plans on touring.

In terms of The Boss' last Irish date, Croke Park was the location for his most recent performance on Irish shores in May 2016 and we think that he's long overdue a visit.

Given the fact that Western Stars is a more intimate and personal album, Springsteen has been quite upfront about why he hasn't toured that particular record around the world.

In fact, the intimate nature of the album inspired his to make the documentary. 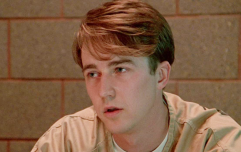 END_OF_DOCUMENT_TOKEN_TO_BE_REPLACED

"Yeah it was really just pragmatic because I made this record, that took me a long time to make. I started it in 2012. You know, I'd put it away for a couple of years and go back to it. And then I had like 40 songs and I edited them all down and I had to find a record that I'd been making.

"But it was an unusual piece of music so I knew I wasn't going to tour on it and bring an orchestra and so I was trying, it was just pragmatic to think of what I could do to help support the record so I said, ‘well if I'm not going to perform it, maybe we could perform it once and film it that way people get a chance to see what it's like to play it.’ And so it just started with that," he told the crowd in London.

For those that tuned into Springsteen's recent appearance on The Graham Norton Show, we finally know why The Boss is so keen on playing three hour sets.

"Pure psychosis" is what he said before jokingly remarking that "the four hours on stage are the only time when I get to be The Boss." As fans will know his wife, Patti Scialfa, is in the E Street Band too.

Well, if Springsteen decides to take his tour to Ireland, we're certain that nobody in the audience will object to another three hour gig.

END_OF_DOCUMENT_TOKEN_TO_BE_REPLACED

In fact, if he breaks curfew and the organisers shut the whole thing down, every single person would probably be happy to keep on dancing in the dark.

Do we hear Croke Park/Slane calling?

Keep an eye on JOE over the coming days because we've got even more about The Boss from one of the people that knows him best, Western Stars co-director, Thom Zimmy.

The Big Reviewski || JOE · The Big Reviewski with Andy Serkis, Squid Game follow-ups & the return of Succession
popular
The JOE Friday Pub Quiz: Week 265
Ryanair is seeking applicants for "the worst job in Ireland"
National Lottery reveals 28 locations where tickets worth over €35,000 each were sold
Here's the line-up for this week's episode of The Late Late Show
Ed Norton's superb debut performance is among the movies on TV tonight
PICS: The man with the biggest penis in the world has one unbelievable problem with it
Unusual summer temperatures are on their way this weekend
You may also like
1 day ago
The return of Succession and 10 more movies and shows to watch this week
1 day ago
It's a Rock and Kevin Hart double bill in tonight's movies on TV line-up
1 day ago
Comedian’s Robin Williams impression has fans calling for a full-length film
1 day ago
Netflix renews You for fourth season ahead of season three's premiere this week
2 days ago
One of the most-anticipated shows of 2021 has quietly been made available to Irish viewers this week
2 days ago
Vin Diesel fights aliens in our pick of the movies on TV tonight
Next Page