With news that Season 2 of Derry Girls is looking very likely to air in March - you can read more about Lisa McGee and Tommy Tiernan's comments here about that particular subject - excitement is building ahead of its return.

With filming already completed, fans are absolutely pumped to see what Erin, Michelle, Clare, Orla, and the wee English fella (we refuse to call him James) will be getting up to under the sardonic and hilarious gaze of Sister Michael.

END_OF_DOCUMENT_TOKEN_TO_BE_REPLACED

A few weeks ago, Jamie-Lee O'Donnell (who plays Michelle in the show) said that the new season "is even better than the first".

"I think Lisa [McGee, show creator] has outdone herself. It's brilliant," she said, while Lisa McGee said that Season 2 will be "bigger and crazier" than the first one.

Given the fact that there's such a massive appetite for the show, it appears that the success of the first season has really influenced the cast and crew because they're quietly confident about what's in store.

Now that the actors really know their characters and audience, it appears that things are going from strength to strength.

END_OF_DOCUMENT_TOKEN_TO_BE_REPLACED

During a recent interview with The Derry Journal, Ian McElhinney (Granda Joe) said that there are no signs of the standards slipping. In fact, they're going the opposite way.

"Most of us probably feel that, if anything, the new series is going to be stronger than the first," said McElhinney.

While very little is known about the plotline for the second season, some footage did emerge regarding a particular event and if you want to steer clear of spoilers, consider this your spoiler alert warning. 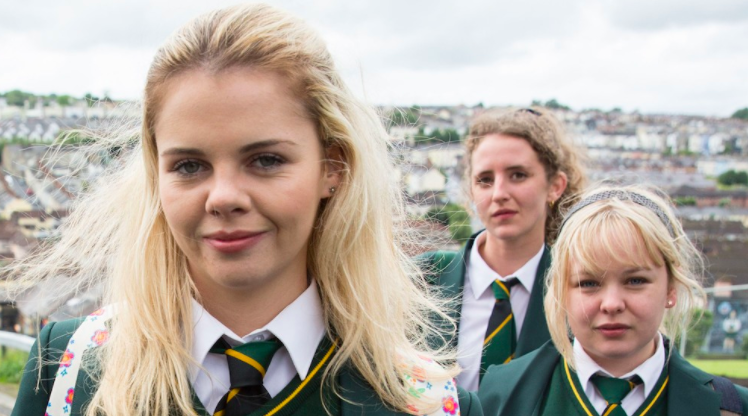 END_OF_DOCUMENT_TOKEN_TO_BE_REPLACED

It looks very likely that Bill Clinton's visit to Derry in 1995 will be the backdrop for an episode of Derry Girls in the second season.

As previously reported, hundreds of extras were gathered in Guildhall Square, Derry as they pretend to cheer actors playing the former US president, Hillary Clinton, and local hero John Hume.

You can read more about that here.

Whatever direction Derry Girls goes in, we're certain that it's going to be a blast.

popular
Disney+ has just added 10 big movies to its library
25 years ago, Sylvester Stallone delivered his best performance in a hard-hitting crime drama
QUIZ: You'll do well to get 100% in this General Knowledge Quiz
The 50 most iconic songs of all time* have been revealed
Why Bran Stark is the true villain of Game of Thrones
QUIZ: How well do you really know Irish weather?
Gardaí urge public not to share "upsetting" pictures of fatal assault of Paul 'Babs' Connolly in Westmeath
You may also like
2 days ago
QUIZ: Match The Simpsons quote to the character who said it
5 days ago
WATCH: House of Hammer details the alleged crimes of award-winning actor Armie Hammer
5 days ago
Prime Video has just added 25 very big movies to its library
6 days ago
5 must-watch shows and movies streaming on NOW in August
1 week ago
Two long-thought-dead Marvel projects appear to be in the works
1 week ago
This new true-life disaster show is being called one of the grimmest, bleakest shows ever made
Next Page